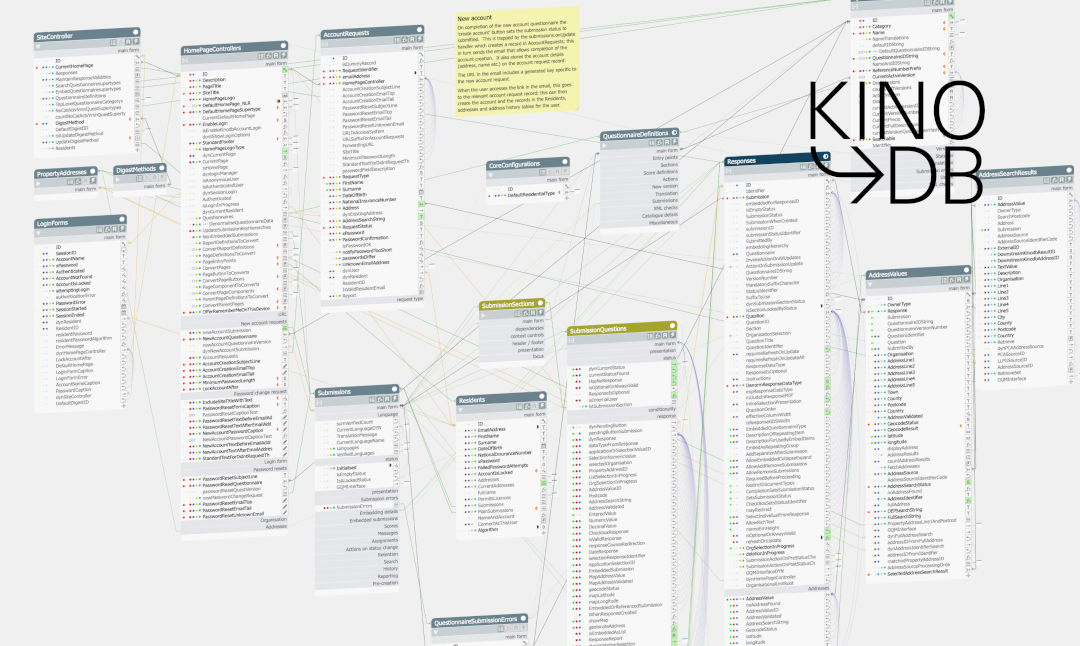 kinodb, our low code development platform, is used very productively by some business users, but it isn't specifically targeted at 'citizen developers’.

Rapid Application Development (RAD) tools that are designed for use by business users have to make a trade-off between ease-of-use and outright capability.

They give great demos and make doing simple things trivial, but the downside is that they tend to be unsuitable for large or complex applications.  Also, once you run out of widgets to click together, you are back to writing conventional code to do the real work.

Conventional RAD tools sacrifice the high level of control provided by traditional development tools for speed and simplicity.  For some applications this is a good trade-off, but the removal of capability in favour of simplicity imposes hard constraints on what they can be used for.

When starting a project, teams need to know that the tool that they are selecting will be capable of supporting requirements that won’t be fully understood until full analysis has been undertaken, or which may not even exist until a subsequent iteration of a product.  It's unwise to use a tool where the scale or complexity of the product might at some point exceed its capabilities, even if it can meet the initial, known, requirements.

kinodb is not a traditional Rapid Application Development (RAD) tool.  In the hands of experienced developers familiar with the design of efficient data structures, transactional data management and the implementation of complex, enterprise-scale systems, it makes the development process many times faster.  It employs a fully metadata-driven approach to the definition of all aspects of an application, including complex tasks such as fully Turing-complete code execution, comprehensive web service client / server implementation and much more.  Big, difficult tasks become quick and easy.

kinodb's development has been guided by our strategy of enabling kinodb developers to meet very specific requirements whilst using generic functionality that avoids the pitfalls of pre-packed functionality.

Find out more on the benefits of kinodb by clicking here.

My first impressions of kinodb